I just turned the youthful age of 70. Now to some that may not be seen as youthful, but then you are probably much younger. I say youthful because as the years have passed I still feel young in my mind even if my body doesn’t always agree.  I remember my mom saying to me a hundred years or so ago that she felt as young as me (I was in my early 20’s at the time) only trapped in an old body. I remember not being able to comprehend how she could feel that way. Now I can.

One of the concerns I have as I walk in the autumn of my life is the next generation.  I just read a survey stating “the number of freshmen attending America’s colleges who have left their faith over the past three decades has skyrocketed.”  We personally know of many intelligent young people who have walked away from the faith of their parents. I believe a major assignment we have as we see the winter of our lives approaching is to influence the next generation for Him.

There is an old poem called “The Bridge Builder,” by Will Allen Dromgoole.  In the poem the author says,

“…The old man crossed in the twilight dim; the sullen stream had no fears for him; but he turned when safe on the other side, and built a bridge to span the tide.  “Old man,” said a fellow pilgrim, near, “you are wasting strength with building here; your journey will end with the ending day; you never again must pass this way…the builder lifted his old gray head: “Good friend, in the path I have come,” …there followeth after me today a youth, whose feet must pass this way…I am building the bridge for him.”

One of the themes of the Bible School in the Philippines is:

2Ti 2:2* And the things that you have heard of me among many witnesses, the same commit to faithful men, who will be able to teach others also.

We desire to teach what God has taught us through the years and train them to teach others as well. 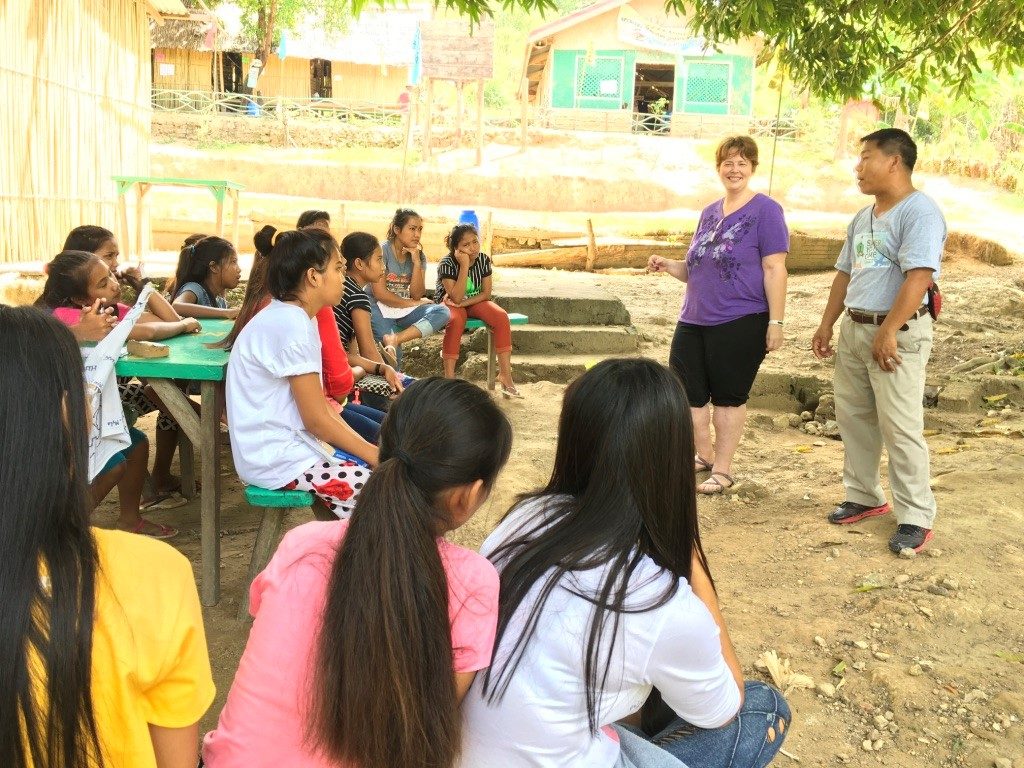 Last month we had two youth camps, one at the Bible School facility and one in Palawan. Amy was one of the main speakers. She says;

“The theme for our camps this year was “Challenge: Accepted!”, and the Challenge was taken up by the youth attending, as well as those of us who were privileged to be a part of ministering and supporting the camps. There were 106 campers at the Virac Campus, with somewhere around double that  number with staff, counselors, and various assorted relatives helping out. The Palnab camp had 37 campers and forty or so support staff. Many games were played and much fun ensued, with a healthy dose of learning, worship and ministry to go along with it. Each day began at 4:30 with devotions and worship and continued on until lights out at 10:30, jam-packed with teaching sessions, worship, games, swimming, meals and fellowship. It was so wonderful to see the enthusiasm and boundless energy that these young people were filled with! Many of them accepted the call to serve and others rededicated their lives to Christ. This years theme was very appropriate for myself, as I was challenged to speak and minister even while I was sick, and did a lot of traveling-by plane, bus, van and Banca (boat), Tricee (motorcycle with a side-car) as well as by foot, through jungle, ocean and over exceedingly rickety bridges-and I am quite pleased to say that I was  not the one who fell off! It has truly been a whirlwind of a month, and I am glad to be home now (in Virac), preparing for the next school term and looking forward to all the new challenges and opportunities that will come!”

Thank you for enabling us to go and share Christ and His faithfulness to others!